A few days ago, the Office of the United States Trade Representative (USTR) issued a notice in the Federal Register announcing the elimination of WTO preferential treatment for 25 developing economies, including China and Hong Kong.

America's decision to stop reducing its preferential treatment for China marks a move away from "special and separate alternatives" for future trade with China and means that China will face tougher sanctions in its dealings with the United States.

China, as an interest member of the WTO, has been participating in international trade in accordance with the requirements of the WTO agreement. The exclusion of China from the scale of this ANNOUNCEMENT may have interaction effects:

First, because the US no longer applies "special and relative distribution" to China, WTO tariffs and other preferences are no longer applicable to transactions with the US, which leads to an increase in the cost of Chinese enterprises' trade with the US.

Second, due to the increase of foreign trade costs, some enterprises must increase domestic sales, leading to intensified internal competition;

Third, it triggers a chain reaction, which is followed by the European Union, Canada and other countries.

Cancelled preferential treatment for developing countries! Foreign trade or will be impacted!

Indeed, in recent years America has been unhappy with the rules of the World Trade Organisation.

According to Xinhua news Agency, as early as August 30, 2018, the US repeatedly threatened to withdraw from the WTO system if the WTO did not make specific adjustments.

The US has repeatedly complained that WTO rules are unfair to the US market and hurt us industries.

The report also said the MOVE would make it easier to fine companies from Countries such as China and India.

Wto rules provide a different standard for developing countries, requiring investigators to terminate a tax investigation if the subsidy is less than 2 percent.

It can be seen that in the face of severe health and public events such as the epidemic in China, the US is still exerting more pressure, and the impact on foreign trade enterprises is escalating, both in terms of the epidemic itself and external pressure.

For example, it used to cost $10 to sell a toy to the United States and pay a tax of $1. Then developing countries would pay the money back to the enterprise in the form of subsidies and tax rebates, so the enterprise would have more money for development.

Take China out of developing countries, the United States can have reasonable reason for these companies to sanctions or to a domestic industry also subsidies and tax rebates, below the cost of the same, subsidies and tax rebates for local businesses in the United States, the American firms in the market will have more price and cost advantages, for products and foreign enterprise competition also have more confidence.

Companies in developing countries would lose their cost and price advantages, their products would not sell, and businesses (especially those dependent on the US market) would suffer a crisis.

Such actions are in line with Trump's policies to boost U.S. manufacturing.

In addition, as the trade costs of enterprises increase, their products are not competitive in the American market. This will also lead to the fact that export-oriented enterprises will sell their products that were originally sold to the United States back to China. However, the domestic demand is so great that the original enterprises are already covered, and the newcomers will face great competitive pressure.

If the US takes advantage of this, the EU, Australia, Japan and other developed countries will surely follow suit.

Once such a situation forms a chain reaction, then our country's enterprises will lose their competitiveness in the international arena.

It's a very simple problem to solve.

First, expand domestic demand. As domestic demand increases, more products can be digested. We did this during the 2008 financial crisis. Later, "home appliances to the countryside" is the product of the policy of expanding domestic demand.

Continue to expand the international market. One Belt And One Road cooperation countries, Africa and other populous countries, will be our future excellent market. 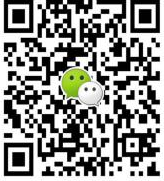